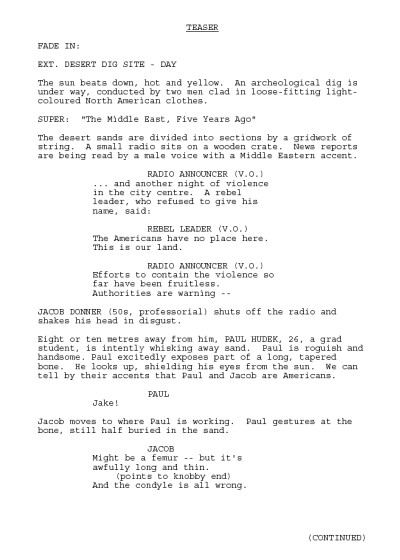 Watch a performance reading by famous Sci-Fi Novelist Robert J. Sawyer. His spec TV PILOT was performed at the festival over 6 years ago at the now closed down National Film Board cinemas in Toronto, Canada.

Toronto cop Hannah Wong arrives on the scene of a hit-and-run, unaware that the victim’s body houses an alien being that has been on Earth for 3,000 years.

As the victim dies, the alien transfers into Hannah’s body, beginning a battle for whether Hannah, or the alien, will control her destiny.

READ 100s of testimonials for past submitters –
http://www.wildsound.ca/wildsound_festival_review.html