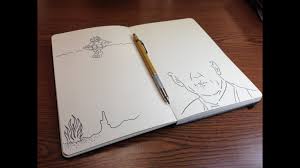 When two aimless slackers discover their entire reality is a TV show and they are merely background characters in a mediocre family sitcom, they attempt to inject some much needed conflict into the lives of the family in order to save the show (and their reality) from cancellation.

Get to know the winning writer:

What is your TV series about?

Former best friends, Jasmine and Sheldon, discover their entire reality is a TV show and that they are actually background characters in a family sitcom entitled Willowwood. Upon learning that the show is on the verge of being cancelled, they take it upon themselves to inject come conflict into the lives of the sitcom family, in order to boost the ratings to prevent the show (and their reality) from being cancelled.

Spongebob Squarepants. What else?

The idea has been floating around my head for the last two years, but only recently have I felt that I was able to fully develop the idea into a script.

Somewhere between 10-15. Most are film treatments or ideas, while I have 3 or 4 other scripts either completed or in development

What motivated you to write this screenplay?

About a year and a half ago, I suffered from a condition called de-personalization. It is a symptom of anxiety that makes you feel as if your world isn’t real or you have no control over your actions or decisions. It is not dangerous, but very disturbing and can lead to more serious mental issues. That experience helped me develop the story in that, like the characters, I felt as if I had no control over my life and everything around me wasn’t real. Jasmine, even before learning her reality was a TV show, was worried that she had no control over where her life was going. Writing Jasmine and her ability to take control of her situation and her life was very therapeutic for me.

Constant writer’s block. I usually have the ideas in my head all day every day, but the writing occurs in 20-page writing sessions once every couple of months.

I’ve played guitar for 12 years now. Performing as well as music in general.

Particularly the reading portion. Before, most of my writing existed in my head or in the heads of others. It is a completely different experience to have it read out loud, especially from a dialogue perspective.

You know that crazy idea in your head that you know everyone else will think is stupid or has no marketability whatsoever?
Write it. Don’t settle for safe.