What is your TV Pilot screenplay about?

At a secret government facility, young psychics are being trained and their psychic gifts developed but when one group: Psi-Com 5, finds out about an enhancement program that is killing and maiming some of the younger less powerful psychics, while at the same time discovering a powerful young psychic on the outside being used as a pawn, they decide to try to escape the confines of the Clinic.

Psi-Com 5 has at its core a few elements that make it very appealing for episodic television or platform viewing: it has well drawn characters relatable for who they are and who they aren’t, it has a basic “chase” plot element as PC5 works to stay hidden from society at large while staying one step ahead of the Clinic as they relentlessly pursue them, and it combines both a sci-fi and thriller element as it deals with both psychic powers and the danger of the pursuit.

About 60, if you count stage plays, screenplays and teleplays.

The Longest Time by Billy Joel.

Firstly, the framing device, it seemed natural once I realized that Lynx is such a acerbic character that if you didn’t know what he was thinking he wouldn’t be near as likeable as he ended up being, so I told it thru his eyes. Secondly, the age old dilemma in a pilot: making sure ask more questions than you answer.

I love producing, directing and acting in my own short films, and web series. It offers me a creative smorgasbord.

As a TV pilot there aren’t that many festivals to enter a script like: Psi-Com 5, and this is the 1st contest I have entered it. I found the feedback thorough and helpful.

I find FilmFreeway a fantastic way to search, find and enter festivals all over the country and the world.

If its not a story that you feel you have to write… Don’t write it. If you think it’s interesting… The audience will too. 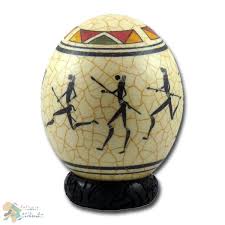 Get to know the writer:

What is your TV Pilot screenplay about?

Minnie Hughes is a hardboiled noir detective that also just so happens to also be the shortest girl in the fourth grade. When a candidate for class president’s show and tell South African ostrich egg goes missing, Minnie jumps on the case. Meanwhile, she also deals with her best friend Lincoln Park feeling under appreciated after she calls him her secretary and struggles with asking her crush, Vijay Sampat, a kind of male femme fatale, to be her dance partner for gym class.

There are so many wonderful cartoons right now inspired by Japanese anime. They take joy in taking the viewer to strange lands and entertaining them with awesome action sequences. I think that’s great, but I also think there’s much to be mined from American genres like noir. Additionally, I think there’s room for quieter shows that embrace more what it’s like to be a kid. I think Hey Arnold and Recess both did that beautifully and I’d like to write something like that for kids growing up.

Most of all, Minnie is for every weirdo kid that finds solace into escaping into another world for one reason or another. For Minnie, it’s noir and her love of mystery comes from the fact that she never got to know her parents, so they’re the biggest mystery of all. If this show could make some kid feel less alone, that would the greatest honor.

Good question! This was actually my thesis project for my Screenwriting MFA at DePaul University in Chicago. I worked on this for a few semesters and now continue to tinker with it off and on.

Quite a few! I try to write every day and have accumulated hundreds of false starts over the years. I have a handful of scripts I’m truly proud of.

I had a clear idea of the A story in mind from the get go, but my MFA thesis professor and classmates really challenged me to flesh out the B and C stories and I think the pilot is much stronger for it.

I’m a total true crime geek. I regularly follow two true crime podcasts – The Last Podcast on the Left and My Favorite Murder. Both are absolutely fantastic. If I can’t think of anything to watch, I’ll turn on a cheesy serial killer documentary. Also, my favorite true crime book right now is The Yoga Store Murder: The Shocking True Account of the Lululemon Athletica Killing by Dan Morse.

Believe or not, my fascination with The Zodiac Killer actually made its way into an episode of Minnie Noir I’ve been writing – the Christmas special to boot! Nothing violent though, of course. Minnie just struggles to crack a mysterious, intensely complicated code from letters she’s received. (The code, naturally, is composed from stickers.)

Despite working and reworking on this pilot as much as I have, I still recognize that it could always be better. I have a big place in my heart for this story and I want to do anything I can to make it the best it can be, so feedback is a must.

And it’s funny! See, originally, I had two characters named Connor. This was for a couple of reasons. For one, when I was growing up, there was a year where we had three Connors to one class, all spelled the same way, only to be identified by the first initial of their last name. I also have a common name and there’s usually another Katie, so I empathized. It seems like such a staple of childhood. It was also a shoutout to shows I loved growing up like Ed, Edd n’ Eddy and the Ashleys from Recess where the same names are part of the camaraderie and comedy.

But I had gotten the note before that having two Connors was confusing. I finally made the change when I got the note from you guys! Thank you for finally getting me to change it.

It’s been stellar! I’ve submitted a bunch of stuff through FilmFreeway and appreciate how easy it is to find specific contests for certain projects.

I have difficulty finishing scripts unless I have someone to bounce ideas off of. Having a community of writers, or even just one friend, to get feedback from makes scripts come together so much easier and better than they would be in just the isolated writer bubble we all sometimes fall into. Also, watch episodes or read scripts similar to what you’re going for. It’s not only fun, but it’ll give you some inspiration.

Best Music: The music from BETWEEN SECONDS

Watch the Audience FEEDBACK Videos for each film:

The FEMALE NOVEMBER 2017 FEEDBACK Film Festival gave our audiences the best NEW films by women directors from around the world.

The theme of the festival was “TAKING RISKS”.

Every film showcased was about a setting where a character takes a big risk to acheive what they desire.