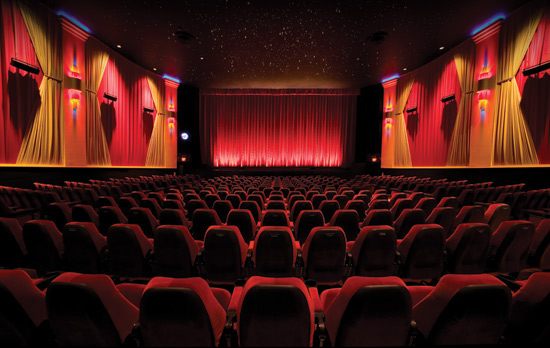 DEADLINE TODAY: Submit your best scene from your screenplay. Have it performed using professional actors:
http://www.wildsound.ca/submit_your_favorite_scene.html

Watch Best Scene Reading of A THEATRE NEAR YOU, by Jason Reeves:

We follow Dany and his conflicts and struggles running a movie cinema.

Get to know writer Jason Reeves:

1. What is your TV PILOT screenplay about?

A Theatre Near You is about Danny Stright, an associate manager of a movie theatre, who transfers from a theatre he’s been at way too long to another in hopes for a promotion. When at this new theatre, he finds out the possible promotion was a ploy to get him to transfer to a theatre in need of help before the upcoming winter season.

2. How should this script be made into a TV show?

3. What is your all-time favorite TV show?

I can’t say I have an all-time favorite show, but Doctor Who and Sherlock have brilliant minds writing for them and Firefly was great while it lasted. Over the years I’ve watched so many shows that were entertaining, some half hour and others hour long shows, but I can’t think of just one to take the top.

4. What movie have you seen the most in your life?

This is another difficult question. I can’t say there’s a movie that I’ve seen more than another, but some of top movies include: Jaws, Memento, Mallrats, The Dark Knight, and Skyfall.

5. What artists would you love to work with?

Kevin Smith, Christopher Nolan, Steven Spielberg, David Fincher, and James Cameron are a few off the top of my head.

6. How many stories/screenplays have you written?

I’ve written close to a dozen screenplays. Years ago I decided that all of my stories would be connected in some subtle way, whether it is two characters related to one another or a hand-me-down prop. For instance, in one script one character admires a fancy truck that happens to belong to another character in a completely different story. In a nerdy comic book kind of way I call it the Seveer Universe. Seveer being my last name backwards sounded cool, so I stuck with it.

7. Ideally, where would you like to be in 5 years?

I would like to have at least one of my screenplays made into a feature and have A Theatre Near You have a successful run on a network.

8. Describe your process; do you have a set routine, method for writing?

My routine tends to change quite often. I’d like to think I start with a simple idea or incident as a seed that grows into something beautiful, but most of the time it grows lopsided. My most recent work is a feature titled Exigence. It’s about a kid who comes home from school one day to find his mother and sister lying in pools of their own blood and the kid is forced to become a fugitive. It developed into a thriller I loved to write. The funny thing is the original idea of it came from two words: road trip. I still have that file on my computer from the first ideas.

A hobby of mine is building computers. I’ve built computers for myself and for friends and family. I’m a bit of a tech junky.

10. What influenced you to enter the WILDsound Script Contest?

I did some research into different contests and WILDsound had the best turnaround time for getting feedback of the ones I looked into. The feedback has helped with several of my projects.

Don’t stick to one project for four years of rewrites. Write a draft, fix it a few times and move on to something different. Try something new each time, like a different genre. Challenge yourself. If and when you read a piece of your work and there’s a moment where you stand back surprised by even a sentence you wrote, you got something. I have a note to myself I see every time I sit down at my computer. “You know what you have to do.. Don’t stop writing.”

WATCH the past best scene readings and see what happens when you submit:
http://www.wildsoundfestival.com/best_scene_readings.html

3 thoughts on “Watch Best Scene of the TV PILOT: A THEATRE NEAR YOU”